—Serving those most forgotte

About Outreach In The Barrio

Outreach In The Barrio is a grassroots non-profit organization serving the Greater Houston and surrounding areas.
We’re committed to bringing support, hope, and resources to those facing significant life challenges.
Outreach in the Barrio seeks to serve our underserved local communities, most often forgotten by providing significant and compassionate services without judgment.
We are focused on alleviating adversities within our local homelessness and low-income communities. Restoring dignity, compassion, no judgment or discrimination.

Outreach in the Barrio is comprised of passionate and dedicate volunteers who are the heart of our organization. We depend on donors, community partnerships, and every day supporters to make our work happen.

The Heart of OIB is our Volunteers
We create a safe, non judgmental zone and create a platform inclusive for all to participate.
We are Houstonians coming together for the greater good and collectively volunteer our time, energy and talents to those who need it the most.
Our volunteers come from all over Houston and meet routinely to fulfill our mission. Community Service hours are provided per request.

Empowering Others
We know that we can not save the world but we believe that together we can make this world a better place to live in. “If we save one person it’s as you have saved all humanity”. We encourage others to create systems such as OIB or whatever is best logistically and Outreach in their Barrios. Our main focus is to create sustainable programs that can be implemented consistently. Consistency is the goal! By staying consistent in any small deed, you will be able to reap the reward from the seed that you plant and God willing see it in your lifetime. The missionary work that one does consistently creates opportunities to organically connect with those you serve. We have witnessed it with our work and we see it working for others who have also taken our approach. We are not hoarders of knowledge and encourage others while using Social Media Platforms.

Outreach In the Barrio improves the quality of life for homeless and underserved people in Houston and surrounding areas by consistently showing up and working alongside our dedicated volunteers and partners.

We strive to empower and nourish those who are facing adversities and challenges by creating sustainable programs & hosting frequent projects that feed the body and soul. We provide Therapeutic healing programs to our beneficiaries.

To provide revolutionary hospitality to those most often forgotten. To create sustainable programs to consistently serve humanity. Driven by revolutionary hospitality, radical compassion, and no judgment, We help families in the ‘Barrios’– underserved communities and sheltered & unsheltered homeless individuals, and anyone else in need regardless of religion, race, color, or circumstance.

Elevating humanity with dignity. We build awareness and action within our local and global communities so that our neighbors don’t go to sleep hungry. We hope to inspire others around the world to do the work and ensure no one is forgotten. 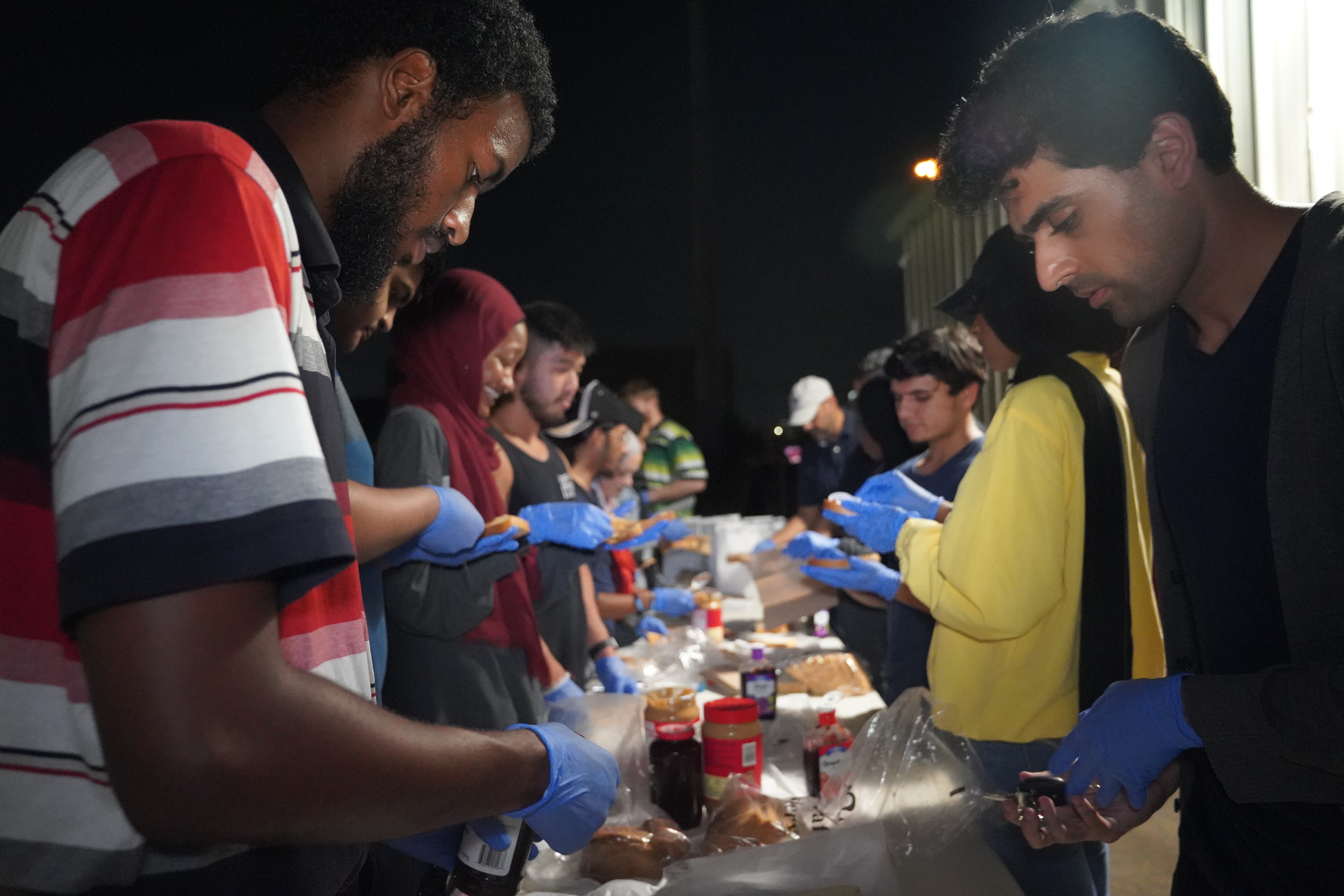 How We Started- Serving since 2017
During this biweekly distribution, a recipient planted seeds from a Papaya that was given to her and a full blown tree of Papayas is now planted in the heart of where Outreach In the Barrio began their work.

worked with a group at the University of Houston in 2006 for a community service project that uncovered the large-scale unmet needs of thousands of resettled refugees right here in Houston. So, the group began to collect items from food to furniture to funds to provide for these individuals.

Noor cherished helping these individuals, but she also felt the need to go back to her own community, in the barrios where she grew up, and start helping those locally too. Every week and often more, Noor would bring goods to these individuals she collected with the help of the Houston Muslim community. Before Outreach in the Barrio was even an organization, Noor was doing the work and learning along the way and eventually, built a deep trust and strong relationships with the beneficiaries of her work.

Then, Hurricane Harvey hit, devastating our city. Half of Houston was desperately in need, and the other half desperately wanted to help. So, the birth of the Outreach in the Barrio community came to be under the guidance, experience and trust of our beloved Noor Morales.

At the heart and soul of this organization, Outreach In The Barrio’s volunteer team has grown exponentially to meet the ever-growing needs of our homeless problem in Houston, Texas. Through our focused programs and events, in a time frame of 4 years, we provided people with 15,000+ hygiene packages and emergency winter relief packages during the winter cold. We have touched the lives of more than 18,000 unsheltered homeless in Houston, Texas since our founding.
over 100,000 people

Our program has served as a model for other cities beyond Houston, inspiring and organizations, to replicate programs such as ours. We hope to inspire cities across America to join us, to promote compassion and service towards the underserved, and to adopt a way of life where we stop wasting food. If you would like to get in touch with one of our team members to learn how you can start a program in your city, please click here
Outreach in the Barrio is on a mission to consistently serve humanity. We are tirelessly working to set the foundation for our future growth in Texas and beyond. We thank you for your support and hope you will continue with us on this journey.

We are Houstonians coming together for the greater good and collectively volunteer our time, energy and talents to those who need it the most. We create a safe, inclusive and non judgmental zone and invite all to participate.
Join Now 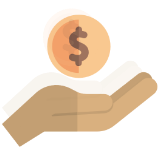 We know that we can not save the world but we believe that together we can make this world a better place to live in. “If we save one person it’s as you have saved all humanity”. We encourage others to create systems such as OIB or whatever is best logistically and Outreach in their Barrios. 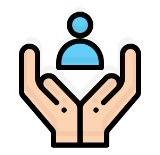 We need to remain in compliance and we need your help to continue to feed hundreds of homeless brothers and sisters weekly.
Donate Now!

We meet people where they’re at.

In March of 2017, Outreach In The Barrio officially began serving in an underserved neighborhood where the founder grew up as a child until she was 18 years old. We started with bringing fresh produce, clothing, furniture and basic needs to different underserved communities in Barrios and the hood, and eventually to different housing projects.

A few months passed and our great city experienced a devastating hurricane and the effects were massive. With the help of our Houston Community, Over 400 families received assistance with our efforts. Homes were damaged, communities damaged, the levees broke and the areas were overcome. Because it was in the midst of the Trump area, many people were too afraid to seek help. Many of those people were already living in extreme poverty, and the flood made matters worst. Our founder, Our founder, Mexcian-American Muslim Convert Monica ‘Noor’ Morales, made one phone to some local food bank volunteers and they immediately movilitzed tocreate a caravan with nonperishables, water, bleach, baby food, powdered milk, diapers, hygiene items, etc. and allocated resources to underserved communities affected by the floods.

A common concern grew and it empowered us to take matters into our own hands We realized that there were underserved people who were not being reached – many non profits were doing stationary drives and the barrios & hoods were missing. During the trump era, many of the Latinos were afraid of going out there because of the risk of persecution. Outreach in the Barrio decided to go to them

We believe that we are only instruments of goods and servants of The Almighty,

We hand deliver those resources with love, compassion, empathy, and no judgment. We also assist underserved communities furnish their homes and provide resources such as food, clothes, shoes, household items, toys, etc when resources are available.

Disclaimer: Since the pandemic, we have had to make adjustments are feeding only on Sunday and occasionally on other days in the week.

Outreach in the Barrio focuses on alleviating adversities without judgment within our local homeless and low-income communities by restoring dignity through compassion and bringing support, hope, and resources to those facing significant life challenges. We do this by:

Why We Do This

Outreach In The Barrio is a grassroots faith-based non-profit organization. We not only provide immediate relief; we engage and build organic relationships and trust with those we serve to alleviate unnecessary human suffering. Connecting people with resources where they would otherwise not be able to obtain them. We support people who want to do the work.

We started with the intention to please our Creator.

We have created a process to continue to give a helping hand for humanity. Piloting and creating sustainable programs to feed the people who are displaced on the streets.

Get in Touch. Get Involved.